scroll to the bottom for a link to the game!!

- is what Kai Hutchense (@reginagamedev) said when I talked to him in early January, and it's very tru. I spent two weeks pouring hours into Tower Fantasy, adding new systems, control scheme, UI, writing, programming music, and trying to set up some promo like gifs and a trailer.

also did some frolicking

Above mentioned Kai gave me the great idea of the shot being controlled by mouse position, and it feels great, the game is acquiring a more casual feel to it, which is the direction I'd like to move in with it, maybe create an auto play mode?

Tried to be short and sweet with this video, and the editing was helped by some great feedback I received from a few folks. I recorded the video for the trailer and the gifs in this post using Lanre Olokoba's Natcorder, and I think I'll just leave the gif recorder in there, because the gifs it produces look so nice.

IMO the gifs look much better than the video I captured for the trailer, because of the slight compression on the capture using Natcorder in unity. Because of the pixellated look, any compression at all will make it look low res and blurry (which I think the trailer does but hey gotta start somewhere). The gifs don't compress at all so you get the chonky pixellated dithering. Unfortunately after effects/premiere do not import gifs (at least not these gifs), so for the next video I'm going to export gifs to a stack of pngs using a website, which I will then open as frame animations in after effects.

I made a very simple generative music patch in MaxMSP that uses a probability algorithm called a markov chain to compose new music based on midi files that i give it. I send the audio it generates to Ben McCarthy and he does sound science to make it groove. We're going to be putting out an album to go along with Tower Fantasy, but you (yes you) can have these two tracks right now for free!

Here is a picture of my MaxMSP spaghetti :-P 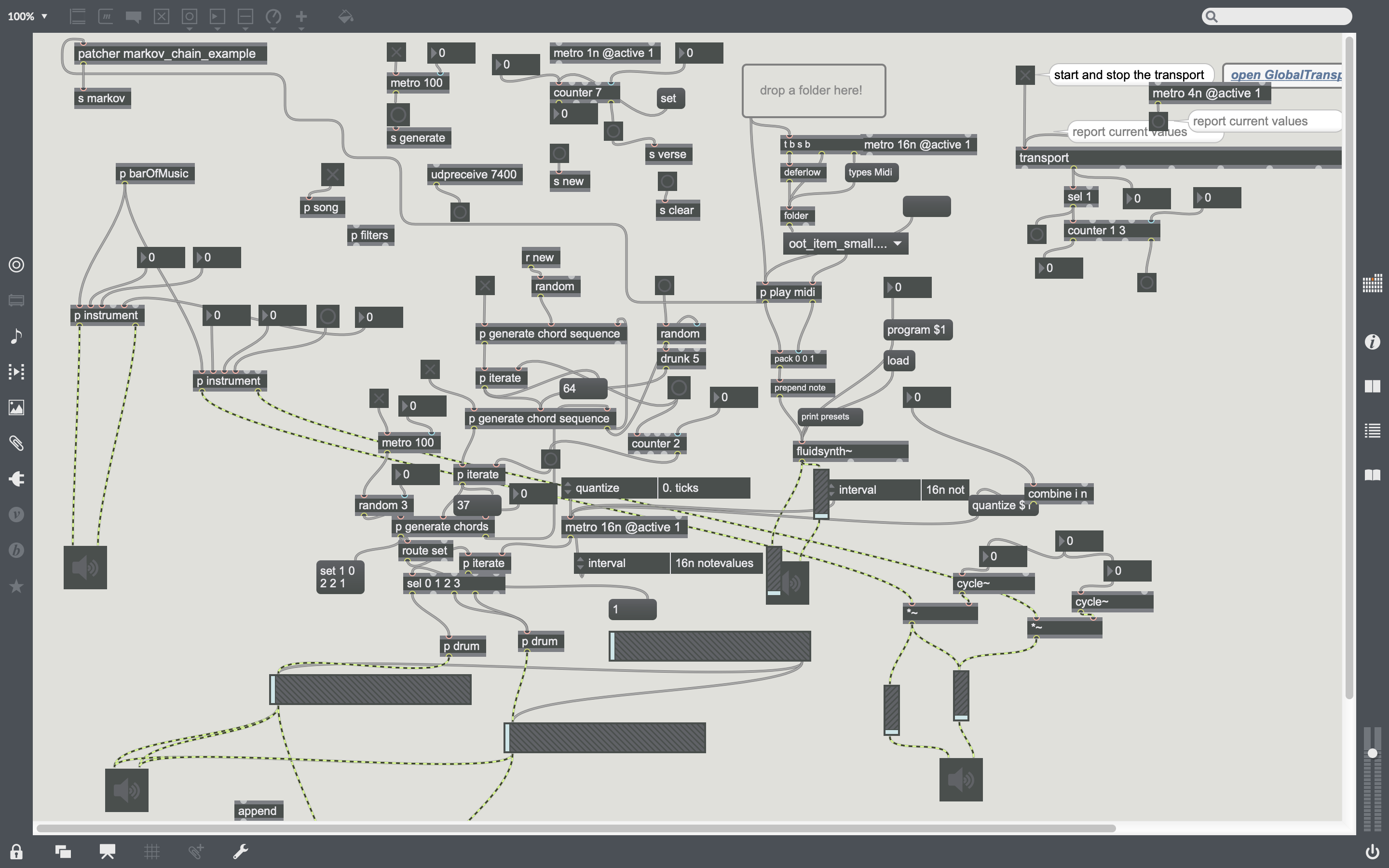 give the game a try and i will implement your feedback!

Procedurally generated tower offence: clear the island and race to the portal cube